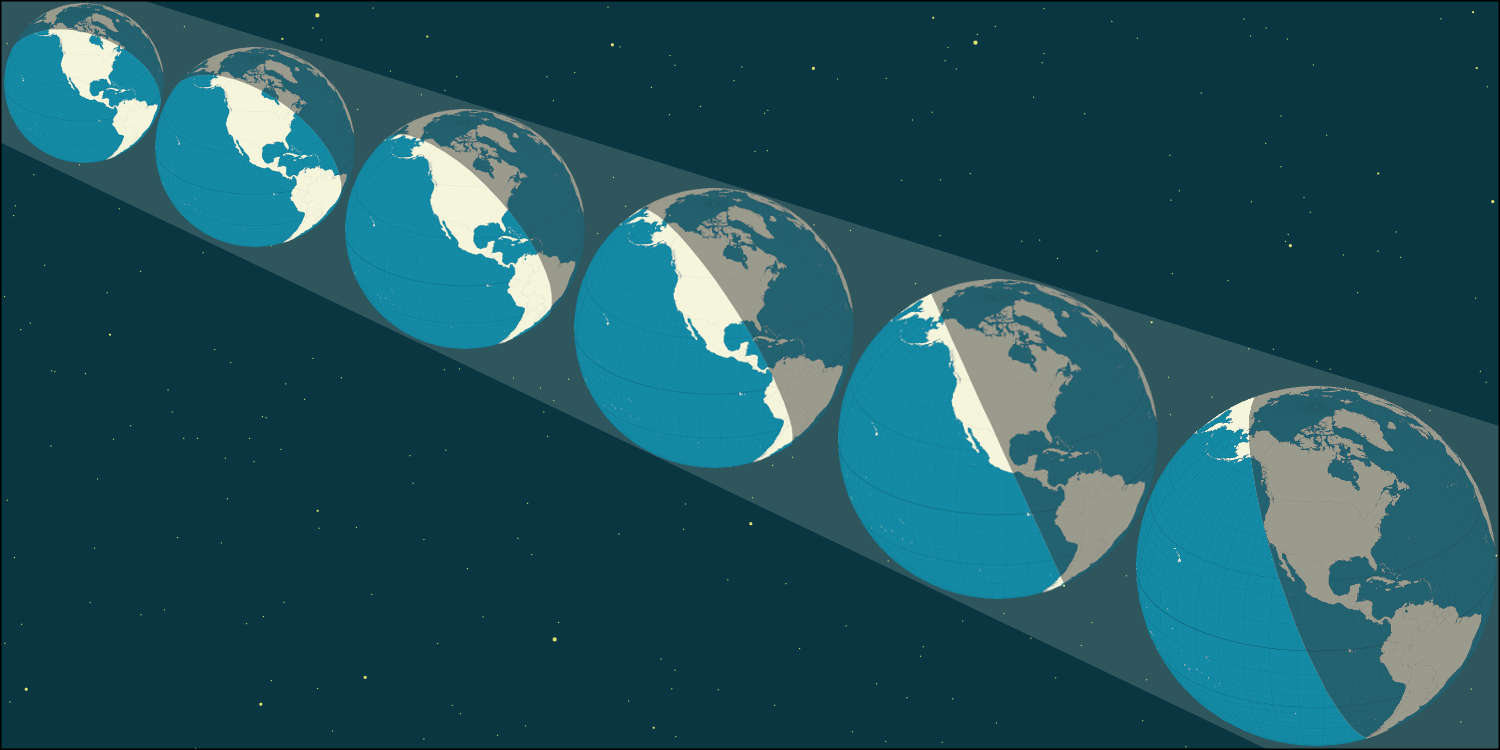 A global map of the world

All global maps suffer from distortion. This is because maps are a 2-dimensional projection of a 3-dimensional Earth. Attempts to display the entire world on a single rectangular canvas suffer more acutely than maps that are limited to just a portion of Earth at a time.

As an example, the Mercator projection exaggerates the size of the polar regions. This makes Canada, Greenland, and Russia appear much large than Africa, and turns Antarctica into an unrecognizable shape.

Another alternative — commonly used in thematic maps — is the equi-rectangular projection. It has less exaggerated areas than the Mercator projection, but still suffers because it plots each latitude without regard for the shorter longitudinal distances of the polar regions.

The JavaScript Orthographic Earth (JOE) web component provides an excellent alternative for cartographers who want to tell thematic stories on a global scale.

The JavaScript Orthographic Earth component has these features:

To see an example of this component in use, visit the timezone.earth website. To understand what's going on under the hood, use the browser's inspector to view the HTML source code and network activity, and follow along as you read this documentation.